In mid-February, I collected in my trail cameras to see what animal activity had been occurring and to my amazement found one camera had captured badgers mating. It started off smack-bang in front of the camera but moved to the edge of the camera's field of view. The mating appears to have occurred for 47 minutes. Enjoy this rare spectacle. #badger #mating #cameratrap #video
28 views0 comments 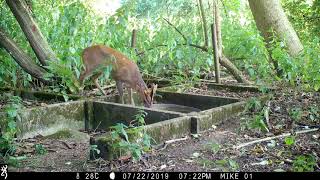 Helping our wildlife during hot weather

Our wildlife is under a lot of pressure at the best of times but they really struggle during hot weather. When there's so many people around they can be restricted from accessing water during day. During the UK's recent record heatwave (July 2019) we've been providing water for our local Cambridge wildlife. It's heartening to see how many animals are benefiting. Enjoy the badger taking a bath. #video #RedFox #badgers #MuntjacDeer #drinking
40 views0 comments 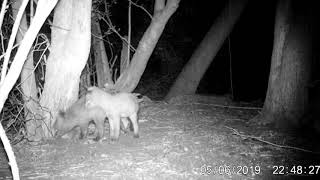 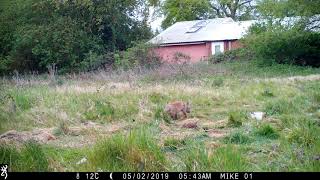 In the last line of my previous blog devoted to Limpy our resident vixen, I expressed a hope of seeing her cubs this spring. Well you could have knocked me down with a feather when I checked my trailcamera on May 2nd to see the following (click on video). I'm assuming the cub belongs to White Eye, the vixen seen crossing the field 2 minutes before the cub. #video #RedFox #cub
29 views0 comments 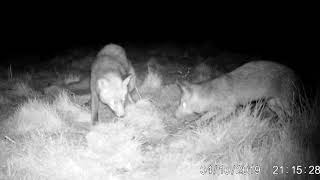 Back to the foxes

I continue to monitor our local fox population and have been placing some food out to help the resident vixen who's had a long standing injury and is pregnant to boot. We have 6 or 7 foxes visiting the field and the following video shows two foxes who clearly know each other but still need to establish the pecking order when it comes to food. Wait for the surprising technique employed :) #video #RedFox
11 views0 comments
Mike

Return of the Fox

It's been ages since I've seen one of the Cambridge foxes during the day, so to say I was chuffed to see the beautiful male is an under statement. He spent about 15 minutes in the field snuffling around and lounging about. As is evident, he's in fantastic condition. Dark Tail - the male fox I wish I could say the same for the resident vixen, Robyn, but she's had a severe limp for the past 2 weeks. Today, I saw her in the daylight for the first time in almost 2 months. She
25 views0 comments 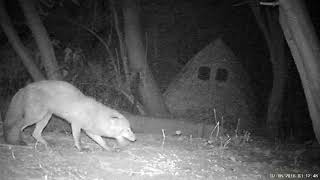 Who's the boss? A fox or a badger

Every so often the consumer camtraps I use turn up something fascinating. In this case it was the interaction between a badger and a fox. This video was captured near where I work, where I've been photographing and viewing the local badgers, foxes and deer for quite a while. Normally, I sprinkle some peanuts around this area in the evening to attract the badgers for viewing from the portable hide seen in the background. In this instance I'd suspended a simple timer feeder
28 views0 comments 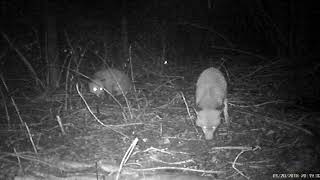 Absolutely thrilled when I checked the trail camera this morning. On Friday I'd seen this pair of foxes hanging about in a field near work. At the end of the day I buried some peanuts in front of the trail camera expecting to see some badgers. Some badgers were captured but I was pretty stunned to see the following fox behaviour, as the loving couple squabbled gymnastically over the nuts. In total the dog fox was in front of the camera for half an hour. #RedFox #cameratrap
9 views0 comments 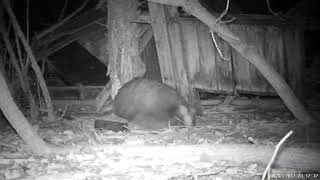 It's been a while since I posted anything. Thankfully I have some fascinating badger behaviour to share. For those you have search for signs of badgers, the presence of badger latrines is a huge give away, both to their presence and what they've been eating. I placed a camera opposite the site of a freshly filled latrine but didn't expect to catch a badger excavate a new toilet and use it. Cool. #badgers #badger #latrine #poo #video
82 views0 comments 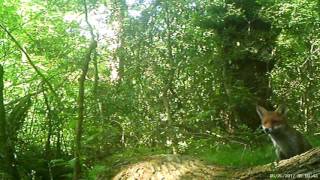 The Ynystawe vixen with a cub

I left a small consumer trail camera at the back of my mother's garden while I was away on holiday. I was thrilled to see that I managed to capture her local vixen plus its cub. If only I could have captured it with my DSLR camera trap. Another time maybe. #redfox #foxcub #Wales #video
22 views0 comments

Christine and I had a fabulous evening at the badger sett. Plenty of badger activity, a brief visit from a strikingly coloured fox (no photos unfortunately) and finally a Muntjac deer. The following video was shot using a DSLR, hence the resolution improvement on the last video. It's a female badger or sow who's very distinctive as she appears to have some sort of skin disorder on her neck and jaw. I've been calling her scabby for some time as she's quite commonly seen and
10 views0 comments

Finally got around to editing some video from the other weekend of badger watching. Hope you enjoy, as this viewing experience will soon be gone forever due to development in Cambridge. I'd love to out the companies responsible for the impending demise of this sett but I want to protect the location for as long as possible. #badgers #video
9 views0 comments 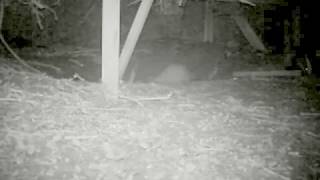 OK, it's not high quality video unfortunately but it's the behaviour that counts. This video was shot by remote camera traps that I set up near where I work. My interpretation is that the adult badger is probably one of 2014's cubs who still enjoys a bit of play time with this year's cubs. #badger #cubs #cameratrap #badgers #video
9 views0 comments